In the Labour law field, Tzvi has been involved in groundbreaking cases. He handled the first urgent application in South Africa to protect the rights of a whistleblower employed by a major bank. He was also responsible for the first application to court alleging discrimination in terms of the Protected Disclosures Act. He has further campaigned for the rights of unions to be registered and recognised within the workplace.

His approach on behalf of various unions was accepted in the Labour Appeal Court. He recently also won a major victory against the Western Cape Provincial Government on behalf of a partially-sighted client who had suffered unfair discrimination. In the field of personal injury, Tzvi has had numerous multi-million Rand judgments and settlements for injured clients and has litigated extensively in Johannesburg,
Durban, Pretoria, Kimberley and Cape Town.

He has substantial experience in medical malpractice claims and his most recent success was a wrongful birth claim for damages against two gynaecologists who failed to observe the evidence of birth defects.

Director
Nicola completed her articles in Cape Town and subsequently became its principal partner. She litigates Medical Malpractice and Road Accident Fund claims and has over 10 years experience in both.

Nicola has successfully pursued claims for and on behalf of indigent South Africans across the country with numerous multi-million Rand settlements and judgments to her name. She is also a solicitor of the High Court of England and Wales. She acts both for foreigners injured locally and South Africans injured abroad.

• Executive Committee of the Cape Town Association of the Physically Disabled 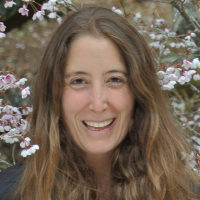 Senior Attorney
Hayley completed her Bachelor of Arts (BA) and Bachelor of Laws (LLB) Degrees at the University of Cape Town in 1996 and 1999, respectively. She later went on to complete a Masters Degree (Mphil) in the United Kingdom with a thesis entitled Neither Seen Nor Heard: The Legally (In)visible Condition of South African Domestic Workers Sexually Harassed In The Homes In Which They Work.

She has gained over five years’ experience in Medical Malpractice, Personal Injury and Road Accident Fund claims.  Lizanne has had many successful results in the recovery of damages on behalf of clients, either by way of a settlement agreement, Judgment or Order of Court.

She enjoys the challenges that Medical Malpractice and Personal Injury claims bring and always strives to get the best possible results for her clients.

Lizanne is also a member of the South African Medico-Legal Association (SAMLA) and has completed many courses presented by SAMLA.

Her interests include travelling and spending time with her friends and family.

Office Manager
Angela Allan is our office manager. She brings over 19 years of administrative experience in office management and accounting.

Angela has been with Malcolm Lyons and Brivik Attorneys since 2008 and oversees both the accounting and management of our Cape Town and Johannesburg offices.

In her spare time, Angela enjoys travelling and exploring Cape Town’s beautiful sights with her husband and two sons. 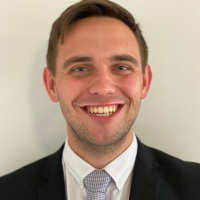 Professional Assistant
Marco joined Malcolm Lyons & Brivik Inc. as a Candidate Attorney in 2020. He had completed his BCom in Law in 2017 at the University of the North West in Potchefstroom (NWU Potchefstroom), majoring in Economics and Law. He was appointed as a professional assistant in 2022.

Marco further completed his LLB in 2019 at NWU Potchefstroom. He has very well developed interpersonal skills and functions both efficiently in a group dynamic and on his own. At his time at university, he had been extensively involved in the management of student life and had served his university by holding positions on structures such as Executive Committees and House Committees.

Outside of the firm, he finds keen interest in both reading and art, is an avid swimmer, traveller and enjoys outdoor adventures. 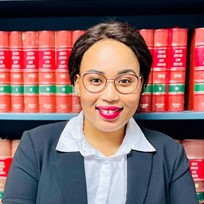 She has been registered as a nurse since 2013 and has worked as a theatre nurse in various private hospitals and moved to a pharmaceutical company in 2017-2020, where she received various awards as best performing medical sales representative.

Whilst being a theatre nurse, she pursued a Bachelor of Law degree at the University of South Africa and which she obtained in 2020.

She is currently completing her PLT with L.E.A.D (Law Society of South Africa) as well as participated in the South African Chapter of the International Association of Women Judges Gauteng Branch.  She is also a member of SASLAW. Saney’s hardworking spirit, dynamic and unique attitude enables her to expand the firm’s services and capabilities.

During her time at Stellenbosch University, Julia participated in various societies and fulfilled multiple leadership roles which ultimately assisted in the development of her critical thinking and thought leadership skills.

Julia is a passionate creative with a love for watercolour painting and design. She has a keen interest in all things history and enjoys watching documentaries. She is somewhat of a coffee addict and enjoys spending quality time with her friends and family. 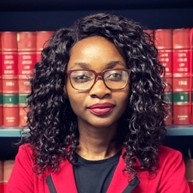 Candidate Attorney
Millicent currently holds two degrees. She completed a Bachelor of Arts degree in 2015 then completed a Bachelor of Laws in 2019 at the University of the Witwatersrand. Millicent prides herself in voluntary work. She has volunteered at the Parkview Police Station and also, at the Centre for Applied Legal Studies where she gained insight into human rights matters.

In her final year at the University of Johannesburg she was a legal consultant at the Wits Law Clinic working closely with the refugee unit. She was also a legal intern in 2019 at Cheandle Thompson and Haysom Attorneys where she was introduced to Labour law. Millicent was a researcher at the Constitutional Hill Trust under the leadership of former constitutional court Judge Albie Sachs. She has since joined Malcolm Lyons and Brivik Inc. as a Candidate Attorney and looks forward to a brighter future.

Lucille obtained a diploma in administrative and secretarial studies and regards herself as a conscientious, sincere and reliable person who is always eager to learn. She enjoys working with diverse clients from different backgrounds. She strives for excellence in everything that she does and equally tries to execute it in a professional manner.

Her interests include outdoor activities and reading.

Legal Secretary
Shabnam joined Malcolm Lyons & Brivik Attorneys in 2004 as a legal secretary working directly as the assistant to Mr Tzvi Brivik. She obtained a Diploma in Paralegal Studies in 2009 and subsequently offered an opportunity by the firm to complete a bookkeeping course in 2010.

Shabnam is a hardworking, diligent and meticulous person who excels in both individual and team settings. She thoroughly values working and engaging with people of all ages and cultures and is also a very eager, humble and fast learner.

Being an enthusiastic individual with commendable work ethic, she prides herself on integrity, reliability, consistency and success. She regards herself as a “people’s person” with a keen sense of interpersonal skills and a rather relatable personality which enables her to communicate effectively with individuals of all ages and stature.

Legal Secretary
Candy joined Malcolm Lyons and Brivik Attorneys Inc. in October 2016 as a legal secretary. She is a talented, humble and hardworking woman who strives to achieve her goals against all odds. She also has a high aptitude of learning and is inspired by new and dynamic opportunities.

Candy completed an administration and client care course within LEAD (Legal Education and Development – Law Society of South Africa) in 2011 and was offered to study a civil diploma by Mr Brivik in 2019. She is currently studying a BCompt in Financial Accounting part-time with UNISA.

Photo: Malcolm Lyons with Erin Brockovich in the USA

In 1965 and with just a few files, our founder Malcolm Lyons envisaged a practice solely devoted to assisting plaintiffs in their litigation to recover damages for injuries they sustained at the hands of negligent third parties.

At the time this was a completely novel idea. There were various firms that practised insurance litigation but did not do so exclusively on behalf of plaintiffs. Those firms at that time had not considered a fee agreement contingent on success in order to provide access to justice and access to the courts which would otherwise have been unavailable to the ordinary man in the street.

Mr Lyons on the strength of his own conviction pursued claims where he thought there was merit on behalf of plaintiffs and was determined to rectify any injustice when he could. The claims were varied. Although a large part of the practice grew to include recovery of damages against the Motor Vehicle Fund and its successor for the Road Accident Fund arising out of injuries which clients sustained in motor vehicle accidents, this was by no means the sole purvey of the practise.

Within a short time, he recognised that doctors were not impervious to mistakes and that their conduct could be below the standard and duty of care which was expected of them.

In the early years, it was not easy for a patient to question the conduct of the treating doctor who may have been negligent, and to pursue a claim against that doctor. A mindset of the “doctor is always right” persisted.

Obtaining medical opinion from practising doctors was also extremely difficult. At first, it was difficult to obtain co-operation from within the medical profession. Doctors closed ranks around their colleagues and it was almost impossible to obtain an opinion regarding the treating doctor’s conduct.

Mr Lyons over time was able to solicit opinions from the medical profession. It was the appeal to a sense of justice and of the undoing of a wrong which prevailed.

Attending various conferences abroad to educate himself not only on how such litigation has been conducted in Europe and in the United States of America but also by attending Medical conferences to better understand and equip himself medically to pursue claims on behalf of quadriplegics and patients with a brain injury. He imported this knowledge into the legal and medical fraternities of South Africa.

He applied this knowledge, to his many successful matters often having to educate not only persons within the medical profession but also experienced litigators and judges on what would be negligent conduct and also what the day to day lives of the severely injured entailed.

It is this broad-minded and innovative approach to the practice of law with the infusion of medicine that enabled him to successfully build his practice and the brand and to assist thousands of victims of personal injury during his career.

He has been described as an astute attorney with real class and style, a legend, a great teacher, dignified and generous.

We appreciate all your support, and kind words, and look forward to working with you in the future.